Why Dishwasher Doors Aren’t Transparent? Almost every home across the nation has a dishwasher.

Whether it’s built into the layout of the home or portable, most people have the luxury of this very convenient appliance.

Even if you don’t have one, you’ve probably wondered, at some point, why aren’t dishwasher doors transparent?

In all honesty, this is a really fantastic question. It would be pretty amazing to be able to watch your dishwasher make your dishes spic and span.

If washing machines, such as front loaders, have the ability to be transparent, why can’t dishwashers follow suit?

There is no reason that dishwasher doors aren’t transparent from a manufacturer’s point of view. Nobody really needs to see what’s happening within a dishwasher, but then again, the same can be said of a washing machine. A few years ago, KitchenAid came out with a dishwasher that has a viewing window. Remember, many people put their dishes into the dishwasher with food still on them, so looking at food crust off of dishes may not be as pleasant as enjoying the visual of your laundry swirling around through rainbow streaks of soap.

No Reason for Transparent Dishwasher Doors

Many people take to the internet to search for a viable reason as to why dishwashers don’t have transparent doors.

There really isn’t one other than that’s how dishwashers were originally manufactured.

Most people don’t have much of an interest in seeing their dishes cleaned.

Also, consider always having a visual take on the inside of your dishwasher.

As far as kitchen aesthetics go, a transparent dishwasher isn’t all that great. Imagine throwing a dinner party and loading the dishes as the night goes on.

Not only would everyone notice the dirty dishes through your transparent dishwasher door, but if you did decide to run the cycle, they would have to watch chunks of food fly up against the glass. It’s not all that appealing.

Even when it comes to the dishwasher with a viewing window that KitchenAid designed, the window doesn’t offer a look into the full dishwasher.

Instead, it lets you check in on the dishes and the machine to ensure that everything is running properly.

There’s really no need to watch a machine wash your dishes.

Aside from KitchenAid, there is an appliance manufacturer called Electrolux that made a splash, no pun intended, on YouTube in recent years.

I’m not saying that it isn’t mesmerizing or even a little satisfying to watch a machine clean the dishes my family just used at the dinner table.

I am saying, however, that I don’t love washing my dishes before putting them in the dishwasher, and I don’t like watching food fling off of the plates.

The real issue at hand here is simply that it’s a personal preference.

Some people may very much enjoy looking at the inner workings of their dishwasher, and for that very reason, they should own one with a transparent door.

I’d rather not see what my dishwasher is doing, therefore, I am happy to own one that doesn’t have a window.

Appliance manufacturers tread carefully regarding the aesthetics of what they present to consumers.

Most people want appliances that blend in seamlessly with their kitchen, and depending on what your kitchen looks like, a transparent dishwasher may be a complete and total eyesore.

One of the reasons that we don’t see many transparent dishwashers is simply because they don’t fit into many modern kitchen styles, though I can’t imagine anything much more modern than a see-through dishwasher, at least from a visual standpoint.

Depending on what the transparent window is made of, you may get scratches on the inside of your transparent dishwasher door as well.

Without question, there is much to be considered before making a line of dishwashers with transparent doors and applying an expectation that they will sell well.

No matter how popular the manufacturer, the design is a risk.

Some people will love it, some will hate it, and some don’t see the reason for the change.

Of course, it’s important to remember that before front-loaders became popular, there was seemingly no reason for us to want to see our laundry washed.

Society, technology, and the expectations of the consumer are always changing.

While transparent dishwasher doors aren’t rampant in home improvement stores currently, there’s no concrete proof that one day, they might be.

Since transparent dishwasher doors aren’t the norm, many people take to forums like Quora and Reddit to discuss it, and there are some really fantastic answers!

When it comes down to the bottom line, see-through dishwasher doors are rarely aesthetically pleasing or necessary, according to the average consumer. This doesn’t mean that they aren’t really cool, or that one day it will be weird to have a dishwasher that isn’t transparent! The times are always changing.

Are there transparent dishwashers?

A few appliance manufacturers have taken a crack at it, but they haven’t taken off due to price and the fact that they don’t mesh well with many kitchen designs. Again, this doesn’t mean they aren’t for everyone, so it’s always crucial to take your personal preference into consideration.

Dishwashers haven’t changed too much over the years, at least visually.

They’ve become sleeker and more efficient, but for the most part, they look the same.

When the dishwasher is ready for a change, transparent doors are definitely the way to go. 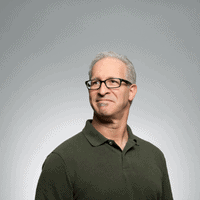 Hi, my name is Daniel. I bought a house a couple of years ago and share my tips and trick in and around the house on my blog. Everything from DIY stuff to cleaning.